How Europa Cinemas is adapting to challenging times 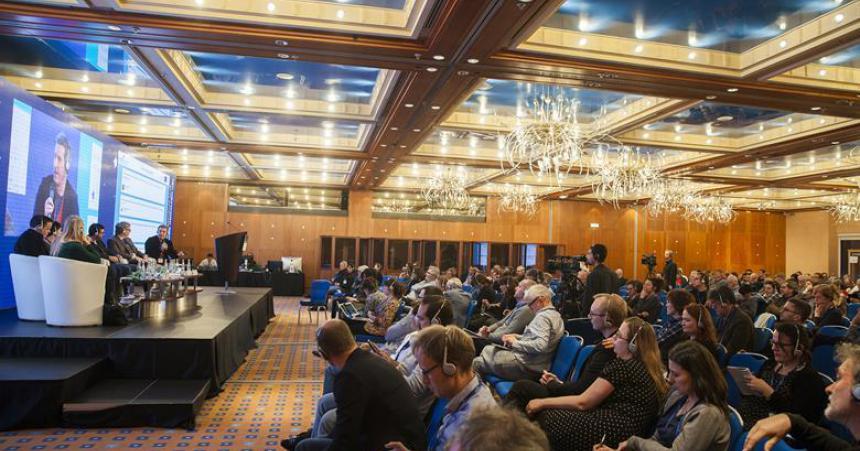 As Europa Cinemas celebrates its 25th anniversary, the pan-European network continues to play a vital role in helping exhibitors to play European films. Screen explores the achievements so far - and future challenges BY GEOFFREY MACNAB

European independent arthouse exhibitors currently face daunting challenges: the creeping threat of video-on-demand (VoD); the struggle to reach a younger audience; ferocious competition from their mainstream multiplex rivals and the gaming industry; the continuing scourge of piracy; the ebbing of enthusiasm for auteur-driven European filmmaking; the oversupply of new films and the impossibility of choosing between them; and debates over ticket pricing.

In this turbulent period, one organisation that provides exhibitors with support and helps devise new approaches to marketing, branding, audience-building and programming is the Europa Cinemas network, which celebrates its 25th anniversary this year.

Understandably, the focus at Europa Cinemas is currently on innovation - on how to “adapt cinema activity to the changing patterns of audiences”, according to the network’s recent survey New Approaches To Audience Building. Virtual-reality workshops, forums on event cinema, educational and community outreach initiatives and new approaches to marketing in the era of social media are all subjects being addressed by Europa Cinemas’ Audience Development and Innovation Labs.

In order to understand why independent exhibitors continue to place such trust in Europa Cinemas and look to it for leadership, it is worth considering the origins of the network. Before it was set up in 1992, there was no equivalent pan-European organisation that would fight these exhibitors’ corners.

Back in the late 1980s, leading independent French distributor Claude-Éric Poiroux was running his own cinema, Les 400 Coups, in Angers. Poiroux, also a prominent distributor and producer, was the pivotal figure in the creation of Europa Cinemas. The network was founded in a period when the European Union was beginning to open up new possibilities for the film industry. In Brussels, talks were under way that would eventually result in the creation of the EU MEDIA Programme in 1991.

The European Film Distribution Office (EFDO), a new body intended to encourage cross-border co-operation between distribution outfits that had previously been operating in isolation in their national territories, was founded in 1988. Poiroux was one of the board members. “In this period, Brussels was listening to [film industry] professionals because they [EU bureaucrats] didn’t know how to [intervene],” Poiroux recalls.

The MEDIA Programme was slowly becoming involved in almost every aspect of the European film industry, including training, distribution and development. Production was supported through the Council of Europe’s fund, Eurimages, established in 1989. But one area in which there was, at least at first, no public support was exhibition. “And exhibition is the key,” Poiroux proclaims.

Poiroux argued forcefully that the MEDIA Programme should back the exhibitors. The mandarins in Brussels agreed but couldn’t see how. They didn’t want to invest in the construction or refurbishment of cinemas. Poiroux convinced the EU that the MEDIA Programme should invest its money in cinema programming: in incentivising the showing of European films. This is how Europa Cinemas came into being. The network is now active in 41 countries and 654 cities, with 1,088 cinemas and 2,684 screens — quite a surge on the 106 screens in 24 cities originally aboard. Last year, there were 40 million admissions for European films in Europe and a box office of $295m (¤250m).

“At this time, everybody was an optimist about the future of Europe, not like today,” Poiroux says, recalling the groundswell of enthusiasm for the new venture. The idea was that if the exhibitor members of Europa Cinemas screened a certain number of non-national European films (the figure started at 25% and rose to 35%) and 50% of European films (soon to rise to 60%) overall, they would be eligible for subsidy.

The first batch of members were all from big cities, and their ranks included some colourful figures: Italian auteur Nanni Moretti was a member through his cinema, Nuovo Sacher, in Rome; prolific producer Paulo Branco was part of the network through his cinema in Lisbon, Nimas; future UK Film Council executive Pete Buckingham was involved through The Cameo cinema in Edinburgh.

“It made a difference,” Buckingham says of the support he received. “At its best, Europa Cinemas was and is a good forum and a talking shop. It felt nice to be part of a network of European exhibitors battling the same issues of programming, brand positioning and so on.”

The network benefited from support from Eurimages, Eureka and the French Ministry of Foreign Affairs, and quickly began to expand. Unlike producers and distributors, who will travel widely in search of financing and new projects, most cinema operators led relatively cloistered lives. Their work tied them to their venues. “If you are an exhibitor in Cardiff, you stay in Cardiff. If you are an exhibitor in Oslo, you stay in Oslo,” is how Poiroux sums it up. It was therefore a revelation for them to meet fellow exhibitors from other parts of Europe.

“We understood that knowledge is power,” Fatima Djoumer, Europa Cinemas’ head of international relations and events, remarks about the realisation that the information shared between members at the annual (later every two years) conferences was invaluable. “If you know more, you can do more and progress more quickly. You can develop best practice. You get better results. You are better on the market.”

“I instinctively wanted to be a member,” recalls Mark Cosgrove, who runs the Watershed in Bristol, which has been part of Europa Cinemas since the earliest days. “For me, as a standalone exhibitor outside London, engaging in an international discussion was great.” Belgian exhibitor Benoit Thimister of Le Parc makes a similar point: “We meet other people with other problems, but not only problems — solutions!”

For stalwart network member Roman Gutek, a leading distributor and festival director as well as an exhibitor in Poland (whose cinema Kino Muranow has also been in the network from the beginning), Europa Cinemas was crucial for helping the eastern European industry adjust to a post-communist, free-market era. “We were hungry for knowledge and we received it,” he says. “For a lot of cinema operators from eastern and central Europe, it was very important for us.” The network members quickly discovered strength in numbers. When they combined forces, they became a very powerful lobby group.

The subsidy on offer wasn’t especially generous. The annual budget for the new organisation was initially 200,000 ECUs (the currency that predated the Euro). However, this has continued to rise over the past 25 years and currently stands at $12.4m. The amount given to exhibitors who hit targets for screening European films is between $17,700 and $53,000.

Europa Cinemas played a pioneering role in the conversion of the European independent sector to digital. The discussions on whether or not to keep 35mm and how to finance the change to digital began at a conference in Seville in 1999 and continued over the next decade. Hollywood studio executives as well as representatives from the top European exhibitors attended Europa Cinemas debates. At a time when many within the independent exhibition sector saw digitisation as a ‘Hollywood plot’, there was robust debate about whether indie European exhibitors should embrace it. One key question was whether there could be a virtual print fee (VPF) in the independent sector. “We became a very strong lobby within the exhibition sector because we were actually driving the discussion about digital. We were the only one — and I am not exaggerating,” Djoumer recalls.

At the same time, Europa Cinemas was looking for ways to bring its exhibitor members into the heart of the industry. One scheme, launched in 2003, was the Europa Cinemas Label, an award given by a jury of exhibitors to the best European film at Cannes, Berlin, Venice, Karlovy Vary and Locarno. The award comes with an incentive — one screening counts twice for quota purposes, enabling exhibitors to reach their target for non-national European films more easily.

With the network established and the conversion to digital projection accomplished, Europa Cinemas’ current focus is on innovation and building audiences. “The new challenge for Europa Cinemas is the future,” Poiroux says, referencing its Innovation and Development Labs, which the network has been organising since 2005 alongside its conferences in Bologna, Seville, Sofia and other cities.

Currently, 20% of support to Europa Cinemas members goes into attracting younger audiences. “This is a real issue: how do you attract young people and with what content?” Djoumer says of a subject that will be debated at the 20th Europa Cinema Network Conference in Bucharest from November 24-26.

The implications of Brexit on UK members are yet to become clear. These members are estimated to receive around $990,000 (£750,000) a year between them from the organisation. “In the scheme of things, it is not a huge figure but for small exhibitors, they make a small amount go a long way,” Cosgrove says. There are non-EU exhibitor members of the network but they are paid for by Eurimages, and the UK is no longer part of Eurimages. If Britain leaves the MEDIA Programme, it may be difficult to keep its exhibitors in the organisation.

“We have to wait and see what kind of system the UK will adapt,” says Djoumer. “Of course, it is a pity because these people have been members since the start, and we have very good representatives in the UK. I hope the MEDIA Programme will find a solution.”