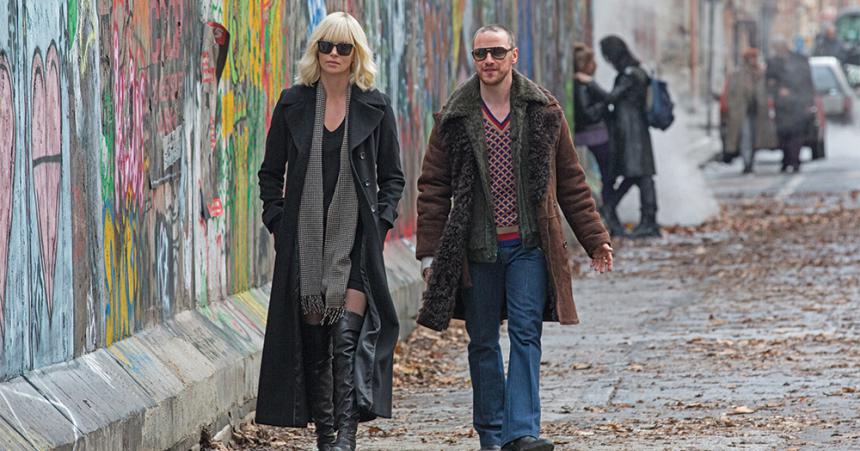 In September, leading figures of Hungary’s movie biz gathered to celebrate the centenary of Mafilm Studios, the state-owned production company just a short distance from Budapest.

The mood was upbeat as the local industry is buoyant these days. Hungarian films have been winning major awards, including an Oscar for “Son of Saul” and a Golden Bear for “On Body and Soul,” and Hungary has become one of the world’s top production destinations for Hollywood movies, and the second-biggest in Europe.

“We are back on the map,” says Andy Vajna, the Hungarian Film Commissioner, whose credits during his time as a Hollywood producer included movies from the “Rambo,” “Terminator” and “Die Hard” franchises.

Equally important, a growing number of Hollywood TV series are shot in Hungary, including National Geographic’s “Mars” and Season 2 of “Genius,” and Cinemax’s “Strike Back.” If picked up for multiple seasons, TV series can can generate long term studio work.

In the decade after the fall of Communism in 1989, Hungary hosted a trickle of foreign productions, such as Alan Parker’s “Evita” in 1996, in which Budapest doubled for Buenos Aires; this became a steady stream with the passing of the 2004 film law that implemented a tax rebate of 20%.

“Up until then Prague, not Budapest, had been [Central Europe’s] go-to place for many international filmmakers — with good reason,” says Adam Goodman, who runs leading production services company Mid Atlantic Films with partner Howard Ellis. “Overnight the landscape changed.”

Producer Tamas Zakonyi, who worked on “Munich” and until recently headed up Mafilm, says the Spielberg movie gave other Hollywood filmmakers the confidence to come to Hungary. The building of modern facilities, including state-of-art studios Korda and Origo, the enhancement of existing sites, like the water-tank built at Mafilm for “Blade Runner 2049,” and the expansion of rental companies and service providers, have allowed Hungary to meet the high-end needs of Hollywood. Plus, Hungarian crew have embraced U.S. production practices, are among the world’s most highly-skilled and can often speak English.

Production costs overall in Hungary are 30%-35% lower than those in the U.S. or U.K., and 25% lower than in Western Europe and Canada, says Korda Studios CEO Gyorgy Rajnai.

“The balance of [the] skills base, infrastructure and cost is as good as you’d want it to be,” Goodman says. The rise in the rebate in 2014 to 25% saw the stream of productions turn into a gush. The value of movie production in Hungary more than tripled from $120 million in 2011 to in excess of $400 million this year.

To cope with the rising demand, last year Hungary more than doubled funds to pay the tax rebate from HUF 14 billion ($53.4 million) to HUF 33 billion ($126 million), says Karoly Radnai, a partner at tax consultancy OrienTax. The amount claimable on foreign cast and crew costs was halved from 100% to 50%.

Budgets and sophistication of shoots for Hollywood productions have also risen. “It used to be that we would only get scripts for medieval period plaster-and-straw types of shows, whereas now the technical complexity of the shows we are doing is far different,” Goodman says, citing “Blade Runner 2049” as an example.

Responding to this growth, ARRI Rental, which supplied “Blade Runner 2049” with a full camera, grip and lighting package, recently opened a 2,400-square-meter (26,000 square-foot) facility near Budapest. Clemens Danzer, the company’s director of international sales, says the demand for ARRI equipment reflects the higher production values of the movies being shot in the country.

All this has been helped by the wide variety of Hungarian locations that double for cities elsewhere in Europe, such as Paris, Moscow and Berlin, as well as large studio backlots with permanent sets, such as the New York, medieval and renaissance sets at Korda. Origo is also planning to provide its own standing sets, says Origo CEO Marta Fekszi Horvath.

Vajna underscores efforts to simplify red tape when applying for the rebate and shooting permits. “Bureaucracy is very streamlined. Having been a producer, I know what the issues are and so I try to smooth them out before they happen, and that seems to working really well.”

“Budapest is a film-friendly city,” says Greg Szetlik, Origo’s VP production and operations. Mihaly Korom, head of production services at Origo, adds that proof of the government’s willingness to assist production could be seen in the production of “A Good Day to Die Hard,” in which Budapest doubled as Moscow. The M3 highway — a major traffic artery — was closed for four days to accommodate the shoot, which involved 200 vehicles.

Success comes at a price. Some production service companies are having to turn away projects when they get too busy. “We are very aware that to bring a movie here and not deliver would be the kiss of death. It wouldn’t take long before we got a [bad] reputation,” Goodman says.

The Hungarian Film Fund has risen to the challenge by launching a training program, funded by a 0.5% levy on movie’s local spend, that will help boost the ranks of below-the-line talent. Trainees are being attached to productions so they learn on the job.

Facilities companies are diversifying by providing production services and entering international co-productions too, with Korda co-producing season 2 of CBS’ “Ransom.” Korda has hired former Focus Features exec Jonathan Halperyn as exec VP business development “to take the industry to the next level” by sourcing international finance in order to package projects, says Rajnai.

Rajnai sees Hungary becoming the production capital of Central Europe. “My dream is to establish Budapest as a base that will drive traffic to other parts of the region,” he says.

Another plus for producers: projects that are based in Hungary that have travel to other countries for locations they can’t find in Hungary can still claim eligible costs against the rebate.

Origo is also expanding the services it provides. These include catering, transportation, lighting and post-production. “Origo can become a hub for film production in this region,” says Mihaly Toth, Origo’s head of marketing.

As has been noted, Budapest is feeling more and more like Hollywood by the Danube every day.